What is Cheap Satanism Records?

Cheap Satanism Records started as a joke. This lead to more jokes. Initially the label was built around a personality and this personality’s projects. But since, it has become the base of a highly creative game, determined to rule, using force and cunning if necessary.

At first, Cheap Satanism Records just wanted to make Dominique Van Cappellen-Waldock’s work known to a larger public. This half-British, half-Belgian singer, nicknamed the PJ Harvey from Anderlecht, is a member of Keiki. And Keiki is the project which fits perfectly within the concept of cheap demonology as they claim to play 'satanic pop'. Cheap Satanism Records is ready to sacrifice a few billy goats and make a few deals with the Devil in order to get this much underrated band to gain access to a wider audience.

One signature lead to another, and Canadian band Trike joined Cheap Satanism Records. The duo claims to play 'new wave mixed with dutch pop', but to us, Trike’s music sounds like up-tempo and theatrical synth-pop, with surreal touches. It is poetical, urban and sometimes provocative. Ok, there is nothing devilish about this, but like Cheap Satanism Records, they love the spirit of b- or z-cinema. Hence the adjective 'cheap'.

Since it is as megalomaniac as a demon from a Thirties b-movie, the label won’t limit itself to managing the careers of a few friends. Cheap Satanism Records is more than just a record label: it is also a brand name which might include shows, special events, festivals and exhibitions. In short, many things will happen under this banner – 666 projects at least!

Where are you based ?

We are located in Brussels, Belgium which is known to be a hellhole according to Donald Trump.

What kind of Satanist are you?

Cheap Satanism Records started as a joke. The name of the label should be seen more as an oblique reference to old devilish b-Movies an so one. We don't do black mass yet. 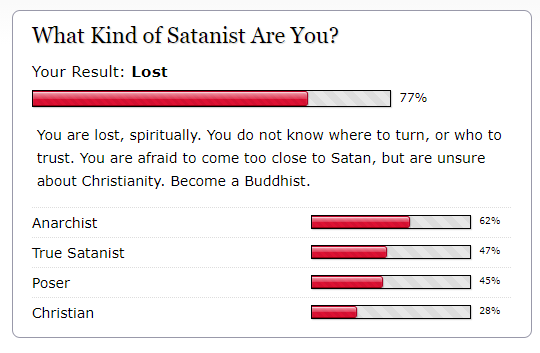 According to this test, 'we are lost, spiritually. We do not know where to turn, or who to trust. We are afraid to come too close to Satan, but are unsure about Christianity. We should become Buddhist.'

Yes. All orders include digital download even for those where digital version aren't available separately.

Your shipping costs are insanely high !!!

Well, the Belgian Post system is really expensive. We are already reducing our margin.

When you buy an LP for 16.66€ and choose standard mail shipping option, about half of the price is also covering the shipping costs. If we were truly transparent, you would realize that shipping costs are actually higher than the price of the LP, but we don't want that our customers to end up with this impression.

Additionally, you get automatically free shipping if you order for more than 66.60€

Can I work for Cheap Satanism Records ?

Do you accept record submission?

Yes, we do, but please be patient. We are really slow to answer.

And please, pretty please, do not send audio files by mail !

I'm running a music store and would like to order some of your releases for my shop. How can I proceed ?

Please get it touch with our faithful Benelux distributor: Mandaï Distribution.